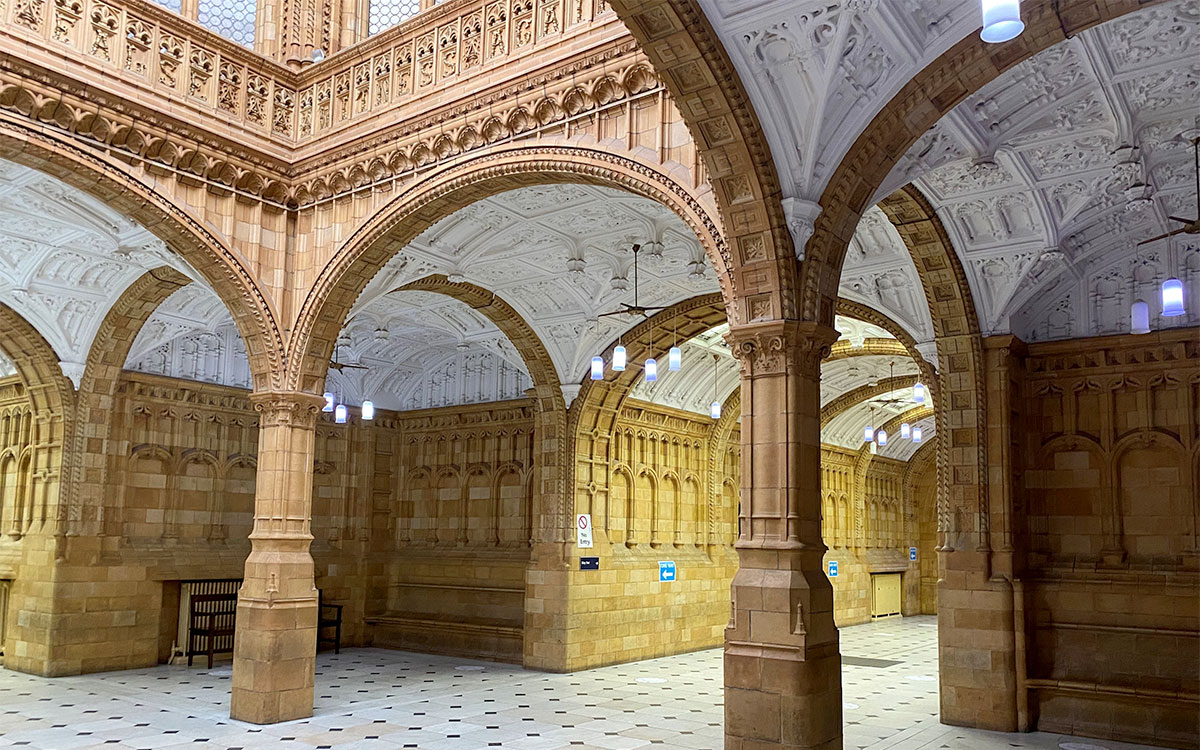 Victoria Law Courts, a Grade I Listed landmark building, was opened in 1891 by the Prince and Princess of Wales as the first Assize Court in Birmingham. The building has been extended over time but preserves much of its Victorian grandeur with five of the original courtrooms retaining their timber detailing, furniture, and panelling.

ISG was awarded the extensive refurbishment project to renew the life of this landmark listed red brick and terracotta building as part of the programme to provide a modern, upgraded, multi-purpose building. The project was awarded through the Ministry of Justice (MoJ) Framework. Housing 22 law courts and home to Birmingham Magistrates Courts, the building is the busiest court in the UK and the largest single court complex in Europe.

ISG’s primary focus throughout the project was to ensure the works to the Grade I listed building were completed sensitively and within the boundaries of the permissions provided by the heritage stakeholders. This process commenced from the very earliest survey activities to develop the scope and sequencing plans which fully respected and maintained the heritage elements of the building. Prior to any works commencing detailed designs and finishes were issued to the Client Team, Historic England, and Mott Mac Donald for approval.

All works were successfully undertaken in an occupied functioning court building that was in operation six-days a week, including the Christmas period, Boxing Day and New Year’s Day. All aspects of our process were undertaken in a considerate manner, liaising with court stakeholders and neighbouring businesses to minimise the impact of our works. Operations were discreetly segregated to allow the courts to function as usual with no complaints received. We fully understood the need for no noise disruption during court operations allowing for noisier works to be completed before or after the court sittings. A further challenge was the identification of asbestos in the main plant room which required immediate isolation for removal while maintaining an operational plant room to mitigate disruption to court environment. ISG’s Project Manager worked closely with the FM Team to develop and embed a phased segregation and removal strategy, ensuring the seamless transition of the issuing of the clean out certificate.

“The works have been carried out to a high standard and windows found to be evidently in a state of considerable distress are now fully restored and fully functional. We were very impressed with the quality of the works carried out and were happy to agree to the proposal by ISG to remove the external scaffolding over last weekend as no further access to the windows should now be required under the scope of the contract.” Rob Firman | Director for Austin-Smith:Lord

Speak to a member of our expert team today

Speak to a member of our expert team today